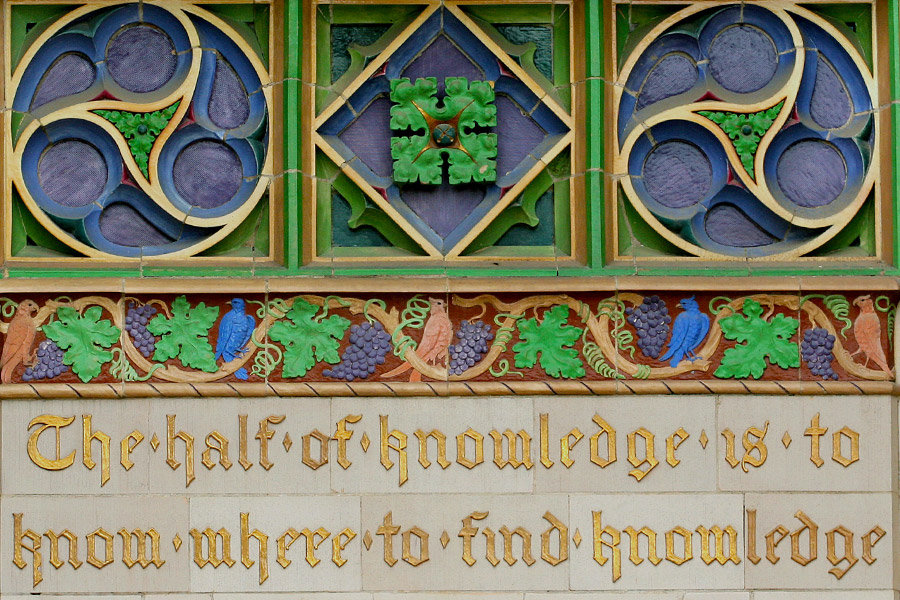 Florida State University, one of the largest and oldest of the 12 institutions of higher learning in the State University System of Florida, had its beginning as early as 1823 when the Territorial Legislature began to plan a higher education system. In 1825 the Federal Government reserved two townships for the purpose of maintaining institutions of higher education in the territory, and on March 3, 1845, the United States Congress, in an act supplemental to the act admitting Florida as a state in the Union, added two more townships. These townships were granted to the State for the use of two seminaries of learning, one to be located east and the other west of the Suwannee River. The Legislature of the State of Florida in a Legislative Act of January 24, 1851, provided for the establishment of the two institutions of learning, their first purpose to be "the instruction of persons, both male and female, in the art of teaching all the various branches that pertain to a good common school education; and next to give instruction in the mechanic arts, in husbandry, in agricultural chemistry, in the fundamental laws, and in what regards the rights and duties of citizens." 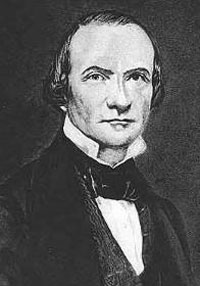 By 1854 the City of Tallahassee had established a school for boys called the Florida Institute with the hope that the State could be induced to take it over as one of the seminaries, and in the 1854 session of the Legislature of Florida the City of Tallahassee presented a memorial asking that the institution west of the Suwannee be located in that city. That effort was not successful, but in 1856 the Intendant (Mayor) of Tallahassee again offered the Institute's land and building to the Legislature. Francis Eppes, who spent his formative years on the estate of his grandfather President Thomas Jefferson at Monticello in Virginia and shared his views of the importance to a democracy of a liberally educated citizenry, was the Mayor of Tallahassee who made the offer. This time they chose to accept the offer and designated Tallahassee as the site of one of the state seminaries because of its railway connections, its "salubrious climate," and its "intelligent, refined, and moral community." The bill to locate the Seminary in Tallahassee passed both houses and was signed by the Governor on January 1, 1857. On February 7, 1857, the first meeting of the Board of Education of the State Seminary West of the Suwannee River was held, and the institution began offering postsecondary instruction to male students. Francis Eppes served as President of the Seminary's Board of Education for eight years and instilled in the institution the Jeffersonian ideals which characterize it today. The school first became co-educational the following year (1858) when it absorbed the Tallahassee Female Academy, begun in 1843 as the Misses Bates School. Thus the West Florida Seminary, founded in 1851, began operating in 1857, only twelve years after Florida achieved statehood. It was located on the hill where the Westcott Building now stands, which has been the site of an institution of higher education longer than any other site in Florida.

Classes were held at the West Florida Seminary from 1857 until 1863, when the state legislature changed the name to The Florida Military and Collegiate Institute to reflect the addition of a military section which trained cadets. During the Civil War, cadets from the school, ranging in age from twelve to eighteen, fought in the Battle of Natural Bridge and helped make Tallahassee the only Confederate capitol east of the Mississippi not captured during the war. As a result of the brave action of the West Florida cadets in this battle, the Florida State University Army ROTC cadet corps today is one of only three in the nation authorized to display a battle streamer with its flag, which bears the words NATURAL BRIDGE 1865. After the end of the war in 1865, however, Union troops under General McCook descended upon Tallahassee and occupied the city (including campus buildings), remaining for more than a month. 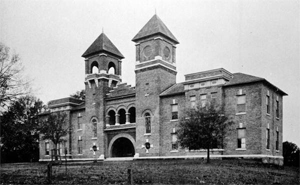 Following the war, the institution entered a period of growth and development. In 1884 the first diplomas, Licentiates of Instruction, were awarded, and by 1891 the Institute had begun to focus clearly on what we would today call post-secondary education; seven Bachelor of Arts degrees were awarded that year. By 1897 the institution had evolved into the first liberal arts college in the state, and in 1901 it became Florida State College, a four-year institution organized in four departments: the College, the School for Teachers, the School of Music, and the College Academy. Florida State College was empowered to award the degree of Master of Arts, and the first master's degree was offered in 1902. That year the student body numbered 252 men and women, and degrees were available in classical, literary and scientific studies. In 1903 the first university library was begun. The following quote from the 1903 Florida State College Catalogue adds an interesting footnote to this period:

In 1883 the institution, now long officially known as the West Florida Seminary, was organized by the Board of Education as The Literary College of the University of Florida. Owing to lack of means for the support of this more ambitious project, and also owing to the fact that soon thereafter schools for technical training were established, this association soon dissolved. It remains to be remarked, however, that the legislative act passed in 1885, bestowing upon the institution the title of the University of Florida, has never been repealed. The more pretentious name is not assumed by the college owing to the fact that it does not wish to misrepresent its resources and purposes.

In a 1905 reorganization of Florida's educational system by the Legislature, six state institutions of higher learning were consolidated into two when the University of Florida in Gainesville was established and designated a men's school and the Florida State College became a women's school called the Florida Female College. The male student body moved from Tallahassee to Gainesville, taking with it the fraternity system and the College football team, which had been state champions in 1902, 1903, and 1905. In 1909 the name of the college was changed to Florida State College for Women, an institution which grew to become the third largest women's college in the nation during the 1930's. The College became fully accredited in 1915, and a chapter of the National Honor Society of Phi Kappa Phi was installed in 1925, the year after the College was placed on the list of standard colleges and universities approved by the Association of American Universities and became a member of the Association of American Colleges. In 1935 the first chapter of Phi Beta Kappa in the state, Alpha Chapter of Florida, was installed at the College, a mark of its status as a true liberal arts college.

The year 1947 saw many changes. Demand by returning World War II veterans had brought men back to the campus in 1946 with the establishment of the Tallahassee Branch of the University of Florida, and on May 15, 1947, the Governor signed an act of the Legislature returning Florida State College for Women to coeducational status and naming it The Florida State University. A permanent president's residence was acquired. The student body, numbering 4,056, chose a new alma mater and selected the Seminole as their athletics symbol. The Flying High Circus was born, and football was started again when the first home game since 1905 was played in October. Three years later Campbell Stadium was built. The first Student Union was established and housed in the "O Club" on West Campus, a former Army Air Base which housed mainly men students and provided some classroom space three miles west of the main campus.

The 1950's brought further development and expansion to the University. To the colleges and schools which had existed since the Florida State College days, Arts and Sciences, Education, Home Economics, and Music, were added Library Science, Social Welfare (later split into Social Work and Criminology), Business, Journalism (discontinued in 1959), and Nursing. A student in the Department of Chemistry was awarded the University's first Ph.D. in 1952. A new building was completed for the Developmental Research School, which in 1905 had evolved from the High School and the College Academy of earlier days as the Observation and Practice School, created to provide on-site opportunities for experience and research to students in Education. Tully Gymnasium, Strozier Library, and the Business Building were completed to enhance the education of the ever-increasing student population.

In the 1960's the University acquired the Shaw Poetry Collection, established the institutes of Molecular Biophysics and Space Biosciences, and constructed nine new buildings, including the Oglesby Union and the Fine Arts Building. During this period, the Panama Canal Branch was opened, and the Program in Medical Sciences was established. The first black student enrolled in 1962, and the first black Ph.D. candidates graduated in 1970. Programs in African American Studies and Women's Studies were established. Continuing the liberal arts tradition begun in the 1890's, the Liberal Studies Program required of all undergraduates was expanded and strengthened.

The years 2001 through 2009 marked a period of major growth on the Florida State campus. A new College of Medicine — the first to be built in the United States in a quarter-century — opened with 30 students in 2001; it moved into a new, 300,000-square-foot facility on the campus’s northwest corner in 2004. Regional medical campuses also were soon added throughout the state in Tallahassee, Orlando, Pensacola, Sarasota, Daytona Beach and Fort Pierce, as well as a rural clinic-training site in Immokalee.

During this time, Florida State built and renovated approximately 1 million gross square feet of new facilities for academics, students, support and business functions at the university, with a total cost of approximately $800 million. Among the facilities were new laboratory and office space for chemistry and biochemistry, psychology and life sciences; a new building to house the Albert J. and Judith A. Dunlap Student Success Center, where students can receive assistance in clarifying and implementing their educational plans and career goals; and several new and renovated residence halls. Development continued of the Southwest campus, including a new building to house the High-Performance Materials Institute, an interdisciplinary research center that works to develop technologies to make new materials that are stronger, lighter, multifunctional and affordable, as well as new athletic facilities.

The year 2005 saw the creation of the Office of National Fellowships, which had immediate success in increasing the numbers of undergraduates who received nationally and internationally prominent scholarships and fellowships. As one example, the university produced three U.S. Rhodes Scholars between 2006 and 2009 — the most of any state university in the country during that time.

Also in 2005, a major cluster-hiring program for attracting new and talented faculty to Florida State was implemented. The Pathways of Excellence initiative was designed to competitively hire 200 senior and tenure-track faculty to enhance the university’s standing through a series of goals, including a dramatic enhancement in federal grants, contracts, awards, scholarly productivity, graduate programs and faculty recognitions.

The 2001-2010 period was characterized by a renewed sense of heritage, with construction, landscaping, monuments and signage designed to highlight the university’s history. The period also saw strengthened ties to the Seminole Tribe of Florida.

In each succeeding decade, Florida State University has added to its academic organization and presently is composed of 16 independent colleges. It has expanded from the original few acres and buildings to 542 buildings on 1,550 acres, including the downtown Tallahassee main campus of 451.6 acres, a farm which for many decades supplied the Florida State College for Women with food, the Seminole Reservation — a recreational facility, the Marine Laboratory on the Gulf Coast, the Florida A&M University-Florida State University College of Engineering facility, the National High Magnetic Field Laboratory, and branch campuses in both Panama City, Fla., and the Republic of Panama. The University has over 50 years of experience in international education and is a nationally recognized leader in the field of study-abroad programs, with permanent study centers in London, Florence, Valencia, and Panama.